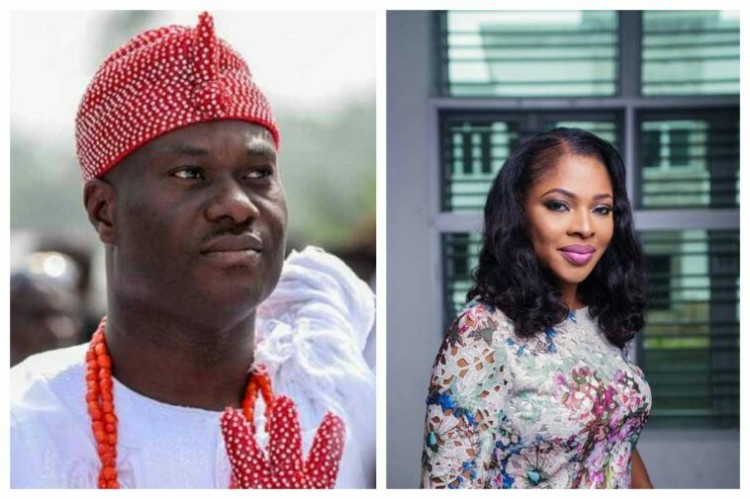 The Ooni of Ife, Oba Adeyeye Ogunwusi whose marriage to Olori Wuraola crashed in August 2017 is reportedly set to pick Tope Adesegun as new bride.

According to an exclusive report by TheCable, the Ooni has found new love. The report read;

‘Ooni of Ife is head over heels in love again. And the subject of his affection is none other than a drop-dead beauty, Tope Adesegun’
Oba Ogunwusi is smitten over Tope and the kingdom of Ile Ife and high society are undeniably in for a long, interesting haul of romance and intrigues characteristic of love in royal and celebrity circles’.

If indeed the Ooni takes Tope as his new bride, she’ll be his third wife following the king’s seperation from his two estranged wives, Olori Adebukola and Olori Wuraola.

Temitope Adesegun is a highly influential woman in business and management. She bagged diplomas in Linguistics and Data Processing from the University of Lagos in 1998 and 2000 respectively and a Bachelors’ in Business Administration from the same university. She enjoyed a private sector career as an administrative executive and public relations officer at several organisations.
In 2009, she became the Personal Assistant to the Secretary to the Lagos State Government: Princess Adenrele Adeniran-Ogunsanya; a position she managed till the end of her political tenure in 2011
She is a certified alumnus of the following universities: University of Oxford, United Kingdom, INSEAD Business School, Fontainebleau, France, University of Cambridge, Judge Business School, United Kingdom and Harvard Kennedy School of Government in the United States.