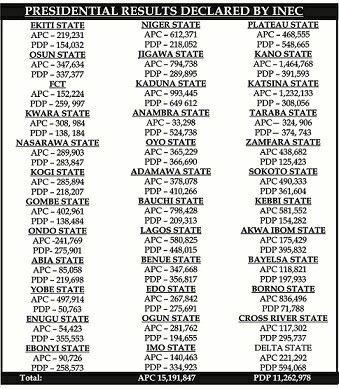 The Independent National Electoral Commission, INEC, has announced President Muhammadu Buhari as the winner of the 2019 presidential election in Nigeria.

Buhari led 19 states while Atiku won in 17 states but both fulfilled the constitutional requirements of having 25% in at least two third of the 36 states and Federal Capital Territory.